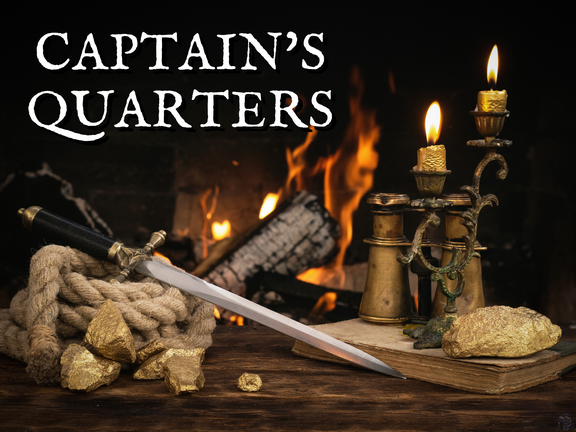 In the early 1700’s on a dark and stormy night, the infamous Black Bart and his crew have set anchor and gone ashore after months at sea. You’ve heard tales that Black Bart has a treasure map of immeasurable value hidden in his quarters. His boat, the Royal Fortune, bounces angrily in the waves, beckoning you – daring you, to come aboard and find the treasure. But you know if you’re caught, walking the plank will be the last thing you do. Can you and your crew brave the storm and sneak into the captains quarters, find the map and get out before the captain and his crew return?

Set Sail for this Adventure!